sherylyn! I hope you have a great day with something good to read!

grandma_kate! For once, you don't have to share your day with Thanksgiving! I hope it's a good one.

As requested* A short story for

Grandma Kate sent me an update about her health. She's had some health issues since her Dear Oatmeal died. 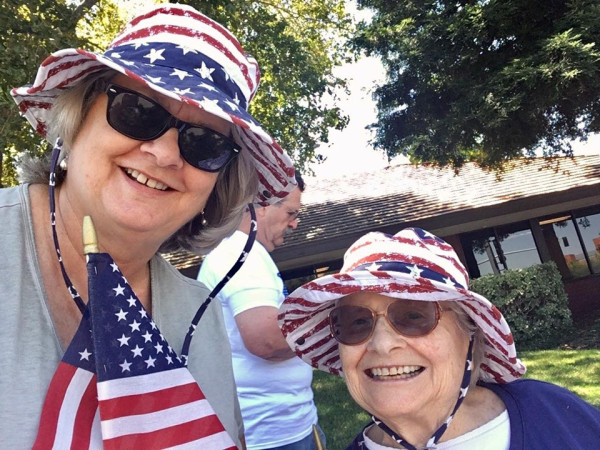 Here is her message:

I have not disappeared off the face of the earth, but close to it. Five weeks after dear Oatmeal died for a bleeding brain, I suddenly became unable to stand and was rushed to the local emergency room and by ambulance to the hospital in Sacramento that deals with Neurology. My brain was bleeding. They drilled four holes in the front of my skull (two at the hairline to release the pressure and two farther back to drain the blood out). The operation was a success. I spent four days in ICU, then was released to a rehabilitation hospital for five days. After the physical therapists and occupational therapist were convinced that I could do everything I could before the bleeding episode, I was allowed to return home. I was taken off my blood thinner and most of the blood pressure meds. First Daughter and her husband moved in to the three bedrooms and full bath that we had removed everything from and had painted. A Home Health Nurse and another set of physical and occupational therapists came to be sure I could shower and toilet and get around. I was allowed to go back to my original physical therapist.

About a week before the bleeding incident, I had been in the back seat of a car that was rear ended twice while First Daughter and her husband and I were returning from the memorial service of Owen and Clara's other grandfather (Bridget's husband's father). I had earlier fallen off my bathroom scale when trying to weigh myself so this was not the only time I had a knock to the back of my head. All my children were very concerned about the bleeding incident because they had just stayed with me while dear Oatmeal died. My head is healing. I have had three brain scans that show that the blood is slowly being absorbed. The hair that was shaved off to allow the four holes to be drilled is growing back. I am back to protesting the detention facilities that the Big Bully has the asylum seekers and their children in.
With love, Grandma Kate


I will pass on any comments. Love her last line. :)

Since everything seems so grim these days, I thought I’d share the fun we’ve been having this week.

On Thursday (Our 32nd Wedding Anniversary - not that it matters) I noticed an unusual bird under our feeder. It hung around all day so I was able to look it up on the internet. It was a rare bird, a painted bunting. So I told Bill we should take a picture of it and somehow let the scientist-type people know. I made an account and posted it on ebird.org Friday morning.

By Friday afternoon three people had stopped at our house in hopes of seeing it. This was in a driving rainstorm. Unfortunately the bird did not put in an appearance. We promised to text them if we saw the bird again.

So Saturday morning at 7:30 I saw the bird again. I texted our new friends. Within an hour one birder was here. Word got out. It was a sunny warm(ish) day and twenty birders came by and took pictures and were as excited as kids at Christmas. They came from Yarmouth and the Halifax area and the Valley to see this thing.

We got such a kick out of them. Bill especially who is always ready to make new friends. Eddie told me “stranger danger” and to stay off the internet.

Today it's rainy and cold again and the bird hasn't put in an appearance. Five intrepid birders stopped by this morning before it rained. They gave us $60 from a collection they took from their bird society. Apparently there were *two* rare birds* at our feeders and they never would have seen them so easily if we hadn't let them all on our back deck. They want us to buy more bird seed with the money and to keep our eyes open. LOL

Besides meeting some really nice people, I now know that we have over 20 different kinds of birds in our backyard. (There are woods behind our lot)

*a painted bunting and a white-crowned sparrow

In other news, Eddie got through his first semester back to school without any problems. He moved again in May, since one of his roommates got a job out of province. So it's just the two of them, but it's a much nicer apartment.

He is waiting to hear back about a tour guide position* at the historic Anglican church in Halifax. He has previous experience with the museum here so he feels good about his chances.

My next worry is his trip to Dallas for a gaming competition. He leaves early Thursday morning and returns on Monday. I'm not as worried as when he went to Austin last year, but I'm still anxious.

*LOL - is he going to be a Quidditch announcer and then teacher next?

Edit to add: One of the birders sent me a picture he took on Saturday. 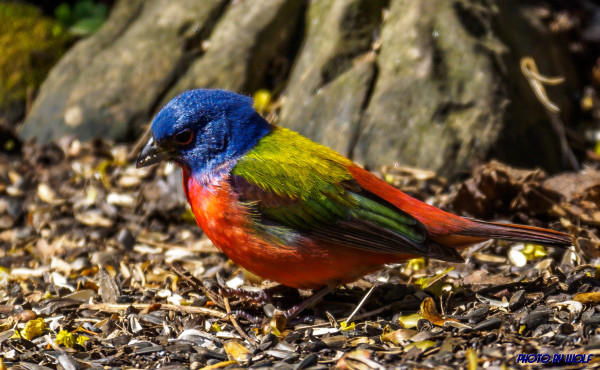 Sad news to report. Grandma Kate sent me an email letting me know that her husband, "Dear Oatmeal" died on April 7, 2019. He had been in surgery on April 4 for a blood clot in his leg, but suffered complications the next day. He was unconscious for three days until he died.

Grandma Kate and his family got to say goodbye, although he could not respond.

Kate is staying in their house. Her first daughter and husband are moving in with her after some of the furniture is cleared away and rooms are painted, etc. . . It sounds like they have given a lot of Dear Oatmeal's things to charities, etc. . .

I'm sure Kate would be comforted by any comments you leave here. She still misses her lj friends!

Big doings this week in our little town. We are hosting the World Junior Curling Championship. We have people here from Europe, New Zealand, China, the US and of course Canada.

It's been fun to see all the new faces in town. I don't know a thing about curling. Even watching the highlights with a commentary, I don't get it. Watching it live is even more confusing. LOL

This was a sweet documentary of a good man. The ending had me tearing up a bit.

And Schitt's Creek, which I can't praise highly enough. The first season starts out slow - and the characters are rather unlikable - but boy do they change and for the better. The character development in this is great. As is the shipping. *swoon*

I think the opening scene where the Revenue Agent says: "This town may be your saving grace." is the theme and the show never loses that focus. There is a lot of grace and forgiveness and kindness and love in the story lines. The writing is sharp, the humor is low-key Canadian and my not be for everyone, but I've been loving it. Four seasons are up on Netflix. But I've been able to watch season five on CBC.

tdu000! I hope you are staying cool and are enjoying your birthday. I'm wishing you all the best in the year ahead.

Thought I'd share this You Tube channel I like. It's Doctor Tracey Marks, a psychiatrist. She has lots of good videos on mental health and self help. She also answers questions in the comments! I found her bi polar videos to be very informative. Eddie enjoyed the video she did on the mental health benefits of video games. She covers anxiety, depression and personality disorders as well.